I don’t know you, you don’t know me. I intend to keep it that way, my name doesn’t matter nor does my location, just know that AxNxH has you.

Just last year, I did a noise track with ZILLA and another experimental noise artist named Laedis from Vancouver, B.C. as a 3-way noisecore collaboration. At the time, I was in the beginning stages of creating my own experimental noise project. If you would like to hear the tracks you can go to his bandcamp (the link is at the end of the post). The digital collaboration is entitled, “LAEDIS​/​GODZILLA​/​竜茶色.”

So, I decided to take a road trip to Las Vegas in my Scion XB to meet the artist known as ZILLA a.k.a. God Zilla. ZILLA lives in the city of Las Vegas. At the present moment the city is a sort of ghost town. A bit of what an apocalypse look like in our current state under the capitalist regime of Mein Fuhrer Trump (A#@hole), which is soon to be over. About time.

Anyway, here’s one of his many videos he posted on YouTube. They display his AxNxH style, but this video is more avant garde, raw and glitch videography. For ZILLA, this is his art, his outlet and therapy for dealing with the Las Vegas culture. From what I seen of Las Vegas: it’s a major party city with a scathing scorching dark underbelly. However, this town is on hold due to the pandemic stench of COVID. Enjoy the video.

Next is our interview. We decided to do this interview via instagram for the artist anonmity. Plus, he messaged me a few weeks ago about a family member’s death involving a police shooting. He seem a bit nervous, which is valid, due to his own personal reasons. I can dig it. A man who knows himself is a man who is secure about himself. A psychologist would coin this “General Anxiety Disorder.” However, I’m Bodhi Ryuchai. He’s protecting and reserving his ether. Like I said, I can dig it! Interview below.

ZILLA: I don’t know you, you don’t know me. I intend to keep it that way, my name doesn’t matter nor does my location, just know that AXNXH has you. The alternative noise hop is the genre I’ve been developing for about 6 years off and on. For the first three years in highschool, my sophomore to senior year, and the current three years, well up to 2019, was a full development, taking advantage of shitty apps and programming to adapt a new terrorising sound you hear today. This current year, I’ve been off and on with the development cycle; “madman cycle” I like to call it, because of how much other things I have going on in my personal life.

BODHI: Musical influences of your project?

ZILLA: The only real big influence on me was Rage Against The Machine, Zack and his powerful vocals and just how they sound is killer, Death Grips, BLACKHANDPATH, MF Doom, Del The Funky Homosapien has always been booming in my headphones. Among others, just alot of sludge metal, but what really kicked my teeth in was my all time favorite artist V8, and his project Sludge Factorie. That’s what really inspired me to start. Plus, I was getting tired of listening to the same old stuff and what new aged artist had to offer; no offense to those artist that are making bank off of something they love to do.

BODHI: Do you plan to perform live? Or you will remain a bedroom artist?

ZILLA: I’ve gone live twice: once at a recreational center and around some bums around my neighborhood. For me to call myself a “bedroom artist” isn’t true at all. I’ve always been making stuff that wasn’t always music. I’ve directed and edited videos, wrote story stories, monologues and overall drawn art pieces. The music. My music is just something for me to listen to whenever I grow tired of listening to what the world has to offer. I don’t really consider myself an artist to begin with I’m just a guy who expresses himself as a altered individual.

BODHI: Has COVID effected your performance as an artist?

ZILLA: Nope, I step out everyday, throw a face mask on and wash hands, simple.

BODHI: What do you love & hate about your city of residence?

ZILLA: Fuck vegas, nothing to love here. No one to love here it’s ass! Don’t come here. You’re only feeding into the masses.

BODHI: Future plans with your project?

ZILLA: Wherever I go, my style is always with me.
It’s not a project. It’s a mental physical manifestation of who I could really be if I decide to release current world laws and physics. The mind is only bounded by ones perception of the world and since I don’t really give a fuck about what happens to me of this world, I’m basically God.

BODHI: Ha ha. A pure Solipsist. Love it. These are perfect answers to perfect questions. I will use every word. I will only correct grammar.

BODHI: Don’t short change yourself. Next time, we should perform a set as separate artist. January. I’ll try to find a spot small and chill. It’s noisecore.

ZILLA: I don’t short change or hide behind a screen. I’m known around my neighborhood for my outrageous sounds and how loud I can be. I’ve apologize for it many times. Folks who don’t know won’t ask. They’ll watch and listen, but for me to claim this state as my home is me disowning myself; because I hold hefty amounts of hate towards this place. Folks that listen to that new age garb wouldn’t understand my way of sound or comprehend the broken two layer patterns I’ve been doing. Pretty sure other artists of this genre does it better than I do. But, I do things my way, anyone who says otherwise can kick rocks!

BODHI: But, I’m serious. I’ll set up something at a local spot. We’ll both perform. Community is important. You need to know who exist in this community of experimental whether it be LAs Vegas or anywhere, we are apart of it. Peace✌🏽 and Thanks, ZILLA.

I had to admit, I have not met ZILLA, but he understands the value of his art as a musician. His dark edgy sense of humor mixed in with his soundscapes layered with beats accompanied by ghoulish ambient texture and creepy vocalizations leaves one in awe of his natural genius. I’m impressed with the fact he has continued to progress in his graphics, his videos and his sound as an AxNxH (Alternative Noise Hop) artist. With the right equipment, he will do some serious damage in the future.

On a lightly progressive note, the environment of Las Vegas is obviously infrastructed with a seeded underbelly that I will not elaborate about. This is a party city. For many people who call Las Vegas there home it may not have the same feeling. There are many things going on in this city. From what I have seen, its not for the meek or innocent. Heat is the other factor. If you can’t take it, don’t bother venturing here. However, in the middle of the desert is one of the world largest meccas for entertainment. Hell, this city is a little like Los Angeles Oasis in the middle of the Mojave desert. AS for ZILLA is pure hell and hid AxNxH is the rain dance to awake the very spirit to guide him to nirvana.

The mind is only bounded by one’s perception of the world and since I don’t really give a fuck about what happens to me of this world, I’m basically God. 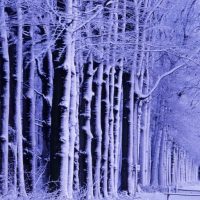 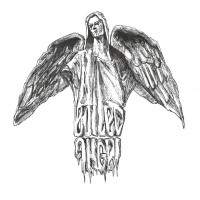 The Noise Beneath The Snow

A New Wave Of Jazz

the aim of art is to represent not the outward appearance of things, but their inward significance

GRINDWAR ZINE is based on supporting the extreme music scene.

Philosophy is all about being curious, asking basic questions. And it can be fun!

My Black and White World